A great deal of the information on the chart is described by symbols and abbreviations. These are defined in a publication,called Chart 1, issued by all chart-publishing countries, arranged according to international standards from the IHO.
Charts 1 from different countries are arranged in a consistent manner, with the same coding of symbols, so that they function as a dictionary when interpreting the charts of other nations.
1.  Scales


Charts are published on different scales for different navigational requirements and this affects their content. Small-scale charts are highly generalised while large-scale charts contain a lot of detail. 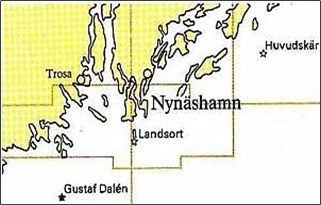 General charts are small-scale charts, usually 1:500 000, that are used for planning 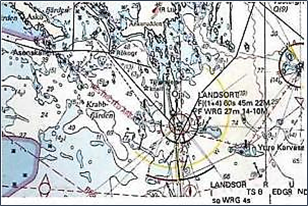 Coastal charts are used for coastal navigation and approach. Their scale is usually 1:200 000 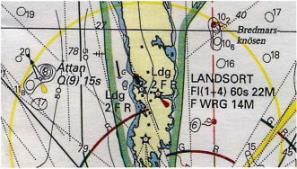 Archipelago charts are for coastal regions in and around islands. The usual scale is 1:50 000. They often contain so-called specials over harbours and restricted passages at scales from 1:5 000 - 1:25 000

Special charts and harbour charts at a scale of 1:25 000 are used for difficult areas and for harbour approaches


The scale 1:50 000 means that a millimetre on the chart is equivalent to 50 meters in the real world.

2.  Information in the chart
In rneir margins or header charts contain information suches their name, scale (the relationship between the distance on the chart and the corresponding distance on the surface of the Earth), projection, publisher, year of publication, fart datum, the date of the original survey, etc., etc.
Important information about the latest revision date is located in the lower left corner.
Charts also contain textual information, such as traffic regulations, reporting requirements and various warning  messages.
International charts, INT-charts are charts covering waters with international shipping in which adjacent countries are exchanging nautical information. Those charts are published according to international rules. 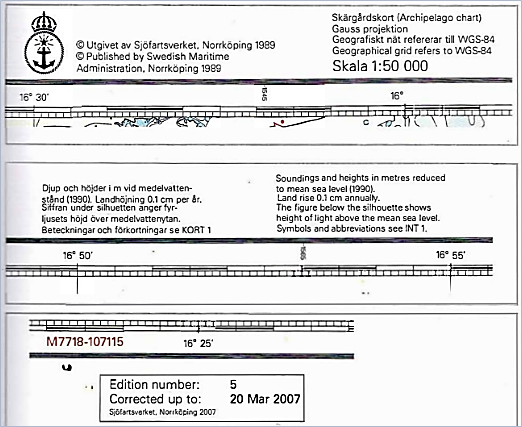 The following pages contain a selection from Chart
Several countries publish their Chart 1 on the Interr where you can also find the IHO publication "S-4", whicl the standard for chart symbols.
.
Schematic Layout of an NOAA Chart (reduced in size)

The water areas represented on the chart contain information on rocks and shoals, dangers to navigation, maritime marks and regulations applicable to the area.

Depths are set out at the positions where they were measured, or close by if the chart is cluttered just there. Some depths are doubtful, others have a position which is uncertain. Depths of shifting bottoms are accompanied by the date of the sounding. Depths with the highest quality are those that have been checked mechanically (swept). 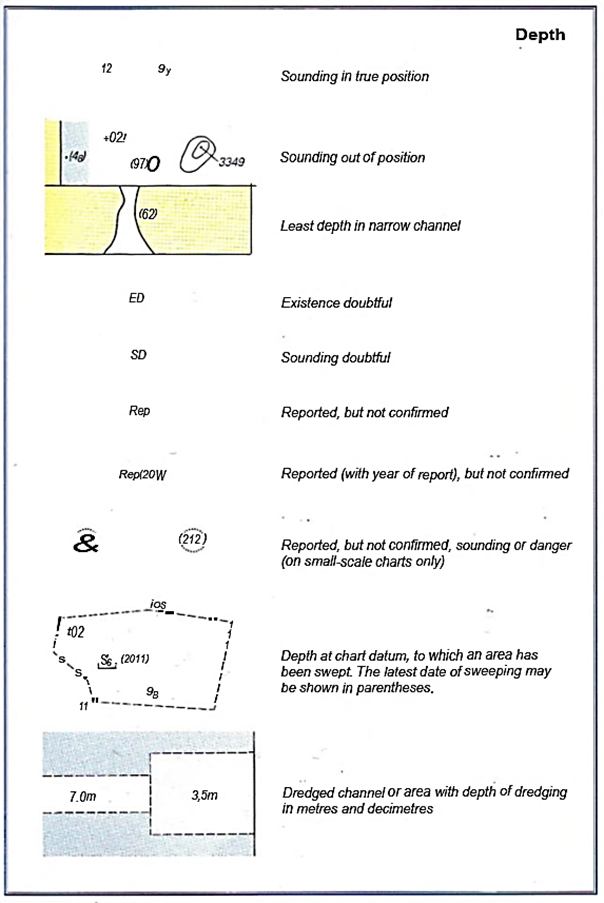 The reference surface (Chart Datum, CD) varies from country to country and can even be different for adjacent charts. Countries with tidal waters use a low level that is seldom surpassed (Lowest Astronomical Tide, LAT). 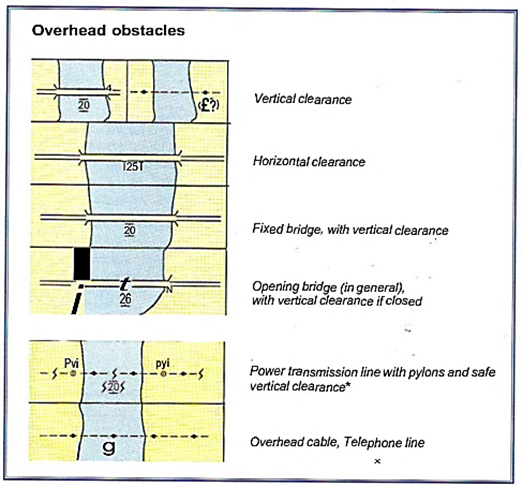 Landmarks that are clearly visible from the sea and that are useful for visual navigation, for example water towers, windmills, churches and other conspicous buildings, are usually marked on the chart. There are also symbols for harbour offices, pilots, hospitals, railway tracks and roads. This information is collected by the publisher from several sources and it is frequently out of date, even with regard to harbour alterations!
Other symbols are used to represent height contours, spot heights, trees and vegetation, etc.

Fixed navigational aids have been in use for hundreds of years and many of them are still standing and serviced. Some function as leading marks but most simply provide an easily-identified orientation mark. Fixed and floating navigational aids and lighthouses comprise "Aids to Navigation".

Conspicuous objects on shore that can be of help to the Navigator are often but not always marked on the chart.

A church clearly seen from the sea 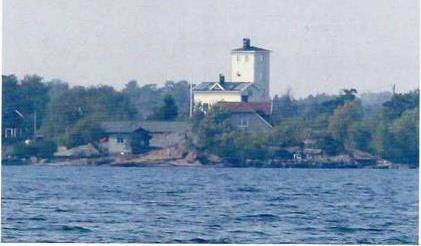 Conspicuous buildings may be marked on the char