Installation of electronic cards Transas format TX97 in the CLB

Northrop Grumman Sperry Marine announced significant improvements in commercial radars, Chart-Radar and ECDIS. These product enhancements are now included in the standard product assembly and are available with current supplies and spare parts.


The development of the equipment and software of the VMFT line is aimed at meeting continuously changing requirements (crew health and safety, cargo safety and other important components of navigation). This article describes the major updates implemented in the display and in the sensor block of the radar.

A new 26 "screen and a new processor with a detachable hard disk are now housed in the display unit, while the upper radar sensor unit now includes a new sealing technology for the gearbox to reduce the time required for the radar to be installed."


1. The new 26 "MED display was installed in 340 radar sets and ECDIS.This new monitor passed all the necessary tests and is suitable for systems in the configuration of the kit format with the VMFT 9.0 software.The monitor number is 65926. The 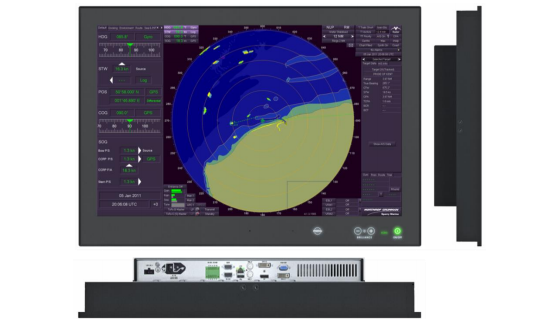 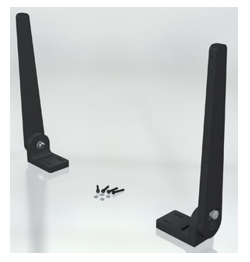 Designed for high-performance navigation consoles, the monitor is available both in VMFT format systems and in a desktop-mount configuration (special support brackets, part number 65926618, as shown at right).

2. Removable solid-state drive
Under certain conditions, it may be necessary to move the navigation data of the vessel. NGSM initiated the introduction of a
removable hard disk in the products of the VMFT series with ECDIS-E, and its use now extends to CAT 1 displays.
Sperry has developed a new solution, resulting in the solid-state hard drive currently inside the VMFT processor unit being removed and transferred , when required. The removal can be carried out by the ship's crew without the intervention of a service engineer. 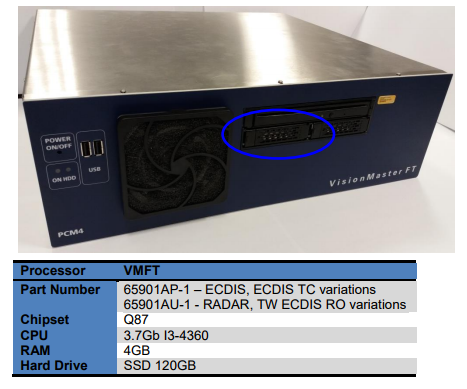 Improvement of the sensors of the VISIONMASTER FT radar
Additional improvements have also been introduced to the upper blocks, the most important being the upper S-Band. 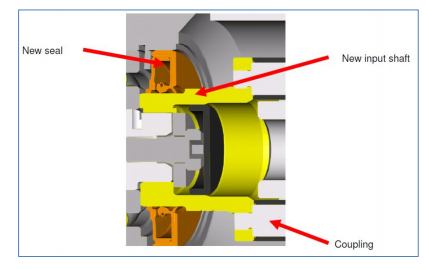 Since mid-July, the new rotary unit is equipped with a Worm & Wheel gearbox with an improved design. The diagram on the right illustrates the changes. As a direct result of this change, the reducer proved to be much more resistant to strong weather changes.

To ensure quality and reduce installation time, the cast antenna supports are now integrated in production. This innovation, implemented since August 2017, allows you to fix the support blocks in the standard way and with the correct torque on the bolts. It also helps to eliminate defects in the assembly and shortens the installation time of the antenna. 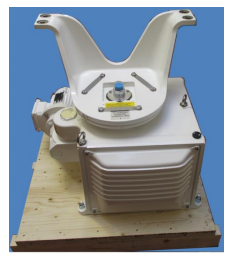