All AC Marine products are designed
in Denmark and engineered to the highest possible quality for vessels
within the major marine markets of; commercial, fishing and yachting.

The earth resembles a large magnet whose magnetic field can be detected by magnetic compasses. Unfortunately the magnetic poles do not coincide with the geographical poles but are located some distance away. The magnitude of this error is sufficiently small so that over much of the earth's surface we can use the earth's magnetic field as a reference. 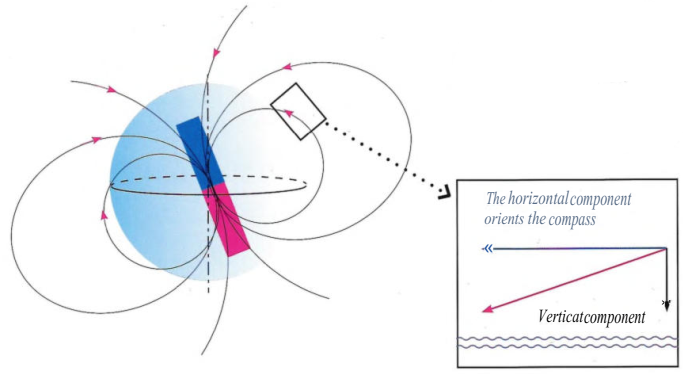 The earth's magnetic field appears as if it were created by a big magnet inside the globe, with a blue pole in the Northern hemisphere. The magnetic field is inclined at an angle to the axis of the earth 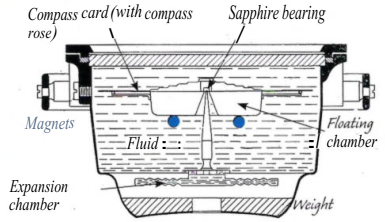 
The fluid damps the movements of the compass rose and also supports it with the help of a float. This decreases friction at the point so that larger, and therefor stronger magnets can be used. The expansion vessel is necessary in order to compensate for temperature fluctuations in the liquid. More compass fluid could be added through a hole with a plug, for example when an air bubble exist. The compass course is read off against the lubber's line, a vertical mark on the wall of the compass bowl and close to the edge of the compass rose. It is usual to mount the compass on the fore-and-aft-line of the vessel but if this isn't the case the line through the centre of the compass and the lubber 's line must be parallel to the vessel's fore-and-aft-line.

The illumination is usually red and should be equipped with a dimming device. If the illumination uses DC then the cables to the lamp should be plaited so as not to create an extraneous magnetic field. 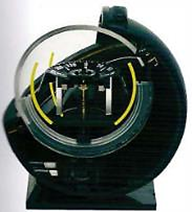 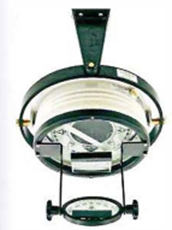 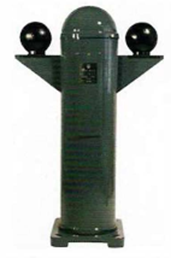 Other magnetic field sensors
In addition to the compass needle/magnetic system to detect the magnetic field, there are three other types of sensor that are used in electronic compasses: the fluxgate sensor, the Hall-effect sensor and the magneto-resistive sensor.
The advantages of these sensors are that they can be sited in magneticallyinsensitive places on board while giving a signal that can be sent to slave instruments in other parts of the ship. The signal can also be used to steer an autopilot and in navigational systems.
The fluxgate sensor consists of a series of coils built up around a soft iron core: there are some differences between manufacturers. When the vessel is turning the fluxgate sensor has a lag time of 2 - 3 seconds, which is inconveniently long for fast vessels.

The sensitivity of the fluxgate compass can be improved by a so called rate gyro, usually a vibrating gyro, which is sensitive to movements. This gives a faster reaction time of the fluxgate compass to turns. This improves its performance as a signal source for the autopilot and various functions associated with radar and a position source when using electronic charts. Fluxgate compasses usually have a built-in processor and so are capable of several tasks. 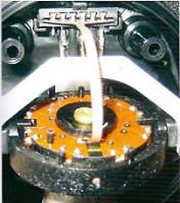 The Magneto-resistive sensor (MR), consists of thin layers of nickel-iron, whose electrical resistance varies as the magnetic environment changes. Compasses that use the Hall sensor or the MR sensor consist of three sensor elements mounted at 90° to each other (x,y,z). In order to give a correct course the compass should be mounted horizontally. If this is not possible then it is
possible to introduce a mathematical compensation factor. Several manufacturers avoid this necessity by adding built-in accelerators/accelerometers. These are also mounted in the x,y and z planes at right angles to each other. Electronic compasses exist that use magnetic field sensors, gimbal bearings, accelerometers and rate gyros in different combinations.

The compass course derived from electronic compasses can be displayed on a variety of instruments, corrected electronically for sources of error and be linked in networks 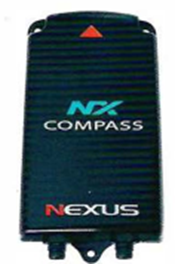 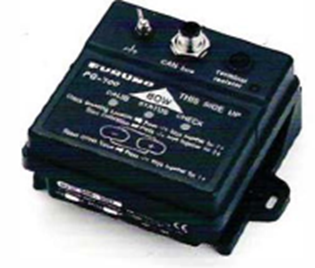 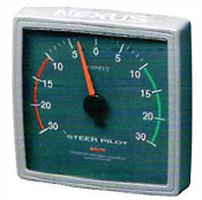 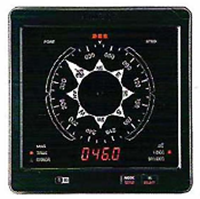 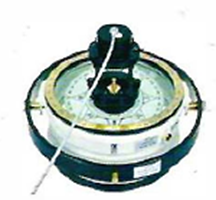