Comparison of popular models of KODEN and FURUNO echo sounders

The navigator needs information about shallow water areas, obstructions, har­bour positions and other nautical information. Much, but not all, of this may be found in charts. Different methods of navigation make different demands on the charts.

1. The shape of the Earth 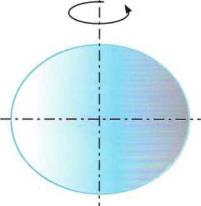 A rotational ellipsoid is produced by rotating an ellipse around one of its axes. In the case of the Earth this is the short axis

When navigating close to land the navigator can regard the surface of the earth as flat. For navigation across oceans and for astronomical navigation the earth is regarded as a sphere. If a more accurate model of the shape of the earth is needed, for example for hydrographic work, then the preferred shape is a rota­tional ellipsoid. Over the years many different ellipsoids have been devised in order to suit the needs of different countries, such as Bessel, Clarke, Hayford, Svanberg and the currently used WGS 84 (World Geodesic System).

The coordinates of the WGS 84 POSITIONS system can be directly mapped
The globe, however, is not a perfect rotational ellipsoid. The comparison that most closely approximates to reality is that it resembles a knobbly pear and the shape which most closely describes the situation is called a geoid. A somewhat simplified definition of the geoid is the virtual plane that coincides with the undisturbed average sea level and its extension in under the continents.

The difference between the ellipsoid and the geoid is called the geoid height. This can vary by as much as 100 meters below and up to 85 meters above the average sea level.

For satellite navigation a global geodetic system (geodetic datum) called WGS 84 is used and nowadays most charts are drafted using this ellipsoid.

A coordinate system applied to the surface of the earth is a solution to the need of describing and managing the positions, directions and distances that are parts of the work of naviga­tion. 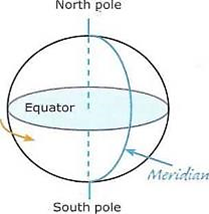 The coordinate system of the earth is built up in the following way: 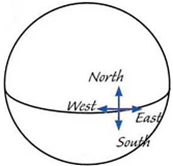 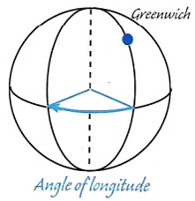 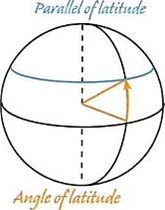 A position on the surface of the earth can be defined by angles from two planes of reference:

Latitude is the angle at the centre of the earth between the Equator and a virtual line to the position. Latitude is termed North or South, depending upon which side of the equator it is positioned. Latitude varies between 0° and 90°.

The coordinate system of charts has for hundreds of years been based on a circle divided into 360°.Each degree is subdivided into 60 minutes (').

Minutes are usually sub-divided as decimals, but

they may also be sub-divided into 60 seconds of arc (")

It is conventional to set out positions with latitude first, specifying north or south of the equator. For longitude one specifies east or west of Greenwich, for example:

Another convention replaces the degrees sign by a hyphen and the minutes are not written down. 58-57N, 017-59E.

The most common convention is to divide minutes

into tenths, hundredths and thousandths of a minute

but some chart plotters show coordinates with only degrees and decimals of a degree.

When constructing charts the coordinate system is used to position every object in its correct place.

The navigator uses coordinates when: 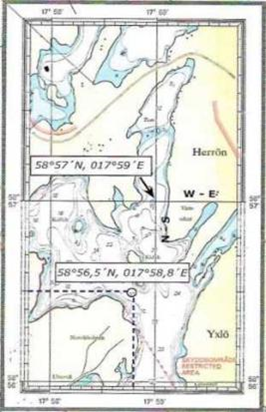 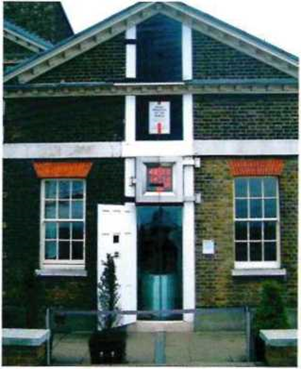