It is impossible to rely entirely on the heat generated by the engines to cover all the needs of the vessel (heating, heating water, heating fuel and oil) - the main engine does not always work. Therefore, most ships, in addition to a boiler that runs on the heat of exhaust gases, also have a separate small boiler that runs on liquid fuel. Its heat is also used to heat the fuel when starting the main engine. 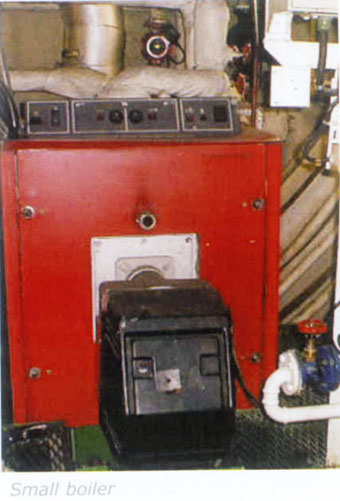 The exception is tankers, where steam from large boilers is used to warm up the cargo, in transfer pumps and ballast pumps.

Accommodations are usually heated with heated air from the ship's air conditioning system, which can both heat and cool the air depending on the outside temperature. Sometimes ships have a central water heating system. Water is the most common heat carrier, but heavy fuel ships still need steam or heated oil to heat the fuel. Hot water for the needs of the crew is heated in a separate boiler from the boiler's hot water, steam, oil or electricity.

These devices, where different liquids and gases at different temperatures exchange heat, are widely used on ships. The cold substance in the heat exchanger heats up, the hot one cools down. Depending on the process we need, they are called coolers or heaters (well, or coolers and cheaters - as you like).

A variety of heat exchangers can be found in the engine room: 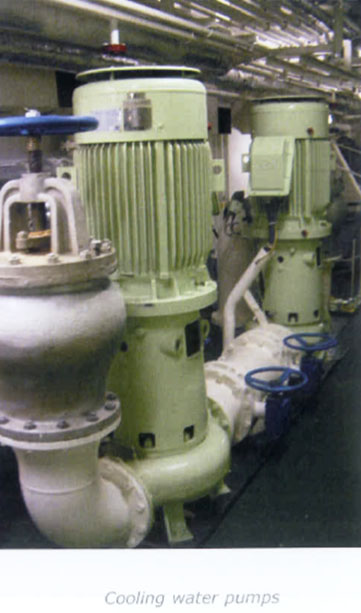 We have already realized that many different liquids and gases are used on the ship. Many pumps are involved in pumping them. For

Most systems in the engine room have various sensors that measure the current temperature, pressure, level or other value. This data is constantly compared against a predetermined range for each value. If an abnormality occurs, a warning signal is triggered on a panel in the engine control room, and in the engine room itself, warning lights flash and a siren sounds to attract the attention of the mechanics. 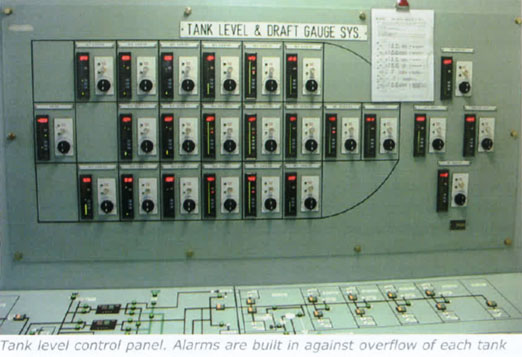 There is a certain set of critical abnormalities , such as "low engine oil pressure" or "high cooling water temperature", at which the engine stops automatically.

The warning signals from the oil and fuel filters are given before the filter clogs.

But the more complex the signaling system, the more sensitive it becomes. So, quite often vibration of the ship's hull or electromagnetic interference leads to malfunction of the electronics and false alarms.

If the ship's engine room must meet standards for unattended operation, additional or redundant signaling systems may be installed. In this case, alarms can be displayed on the signal panel in the wardroom, the cabin of the chief engineer or on the bridge.

The modern engine room also has automatic control systems that respond to signals from sensors. For example, when the water gets too hot, the control valve opens slightly; when too cold, the valve reduces the flow. When the system cannot cope, an alarm sounds. Still, no machine can replace a person with an oil can.