Impact of the 11th Amendment to the Ship Equipment Directive

The 11th amendment to the marine equipment directive (MED) shall enter into force on 30 April 2016 The amendment updates the requirements for marine equipment, which also apply to displays and alarm communication.
Details

This paragraph refers to spe­cial ships which are required to stay in position during operation, without the use of anchors or other means fixing them to the seabed.

The same systems, known as autosail and auto track, are also used to control a ship when moving from one position to an­other and when the environment cannot be disturbed by anchors. More and more ships are equipped with such control sys­tems. 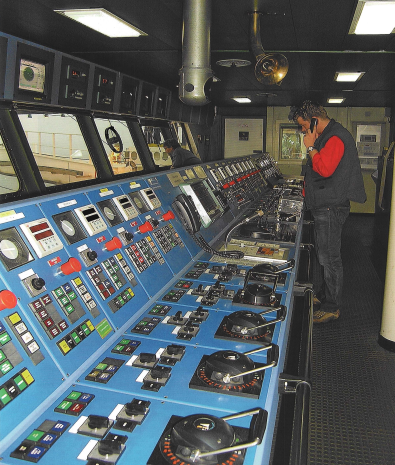 The figure shows the individual thruster control console of a crane and pipe laying barge. These con­trols are not for operation, as this is nearly impossible for an opera­tor, but for testing procedures of individual thrusters. In the center of the console is a combined con­trol unit, enabling the combined handling of all thrusters to obtain a total output in force and direction.

The basic design criteria, what, where and how are very important for DP applications.

Class 1 is for simple work with a single automatic control system having a manual back-up, where a loss of position would not lead to a critical situation.

This can be an offshore standby vessel, a yacht or perhaps a pas­senger ship staying in position with a manned bridge.

Class 2 is for more complicated work with a duplicated automatic control system, where loss of posi­tion could lead to more critical situ­ations. Examples are ships for ca­ble laying, pipe laying, trenching, or stone dumping.

An FMEA is required for the control system and the propulsion con­trolled by the system.

A single failure , such as fire and/or flooding of a space, has to be con­sidered. Notation (AA).

Class 3 is the highest class in redundancy and in use for high- tech deep water pipe laying ships, heavy-lift ships or diving support ships, where loss of control could lead to dangerous situations.

An FMEA is required,for the con­trol system and propulsion system, based on a single failure. Flooding and/or fire in a space is also consid­ered. Notation (AAA) or DP3.

When flooding and fire are a con­sideration for the FMEA, the cable routing from the duplicated control systems to the thrusters and other controlled equipment is vital.

A dynamic positioning sytem is built up from hardware, such as pro­pellers and thrusters, where out­put and direction is controlled by computers, which get information (software) from various sensors regarding wind, position, heading, speed etc.

Depending on the classification of the DP system, redundancy is pro­vided by the number and power of thrusters, computers and input­sensors. The computers process the input and translate this into commands to the thrusters.

The result for the ship may be to stay in position or move accord­ing to a defined course and over a defined distance.

It can also be used to sail along a defined track with waypoints, mostly used for cable laying opera­tions which can be done at speeds up to ten knots.

An essential part of a DP system is the Power Management System (PMS). This system regulates the generation and distribution of elec­trical power. Special operational load calculations are made during the design period including load flows, selectivity issues and switch­board configurations like open or closed bus tie breakers.

DP system designers will use re­sulting data to calculate the DP ca­pacity of a ship and produce a so- called DP-footprint. A DP-footprint indicates the operational limits of a DP-ship in relation to the environ­mental conditions like current and wind and the available thrust.

Redundancy is often determined by a Failure Mode and Effect Analysis (FMEA), a requirement for all ships with a high DP no­tation.

This analysis does not address the control system only, but all equipment, electric or not, re­quired to stay in position or to perform auto-sail or auto-track as defined in the first design cri­terion "WHAT".

These environmental sensors con­sist of:

Two or more gyrocompasses deter­mining the heading of the vessel.

Two or more wind speed and direc­tion monitoring systems enabling the system to react to wind force and gusts before the vessel starts moving.

Two or more DGPS systems deter­mining the position of the vessel. Also heading and speed are calcu­lated, provided the ship is moving. Two or more differential receivers for the correction signals of the global positioning system.

A taut-wire system is basically a self-tensioning winch keeping a steel wire, connected to a weight on the seabed, under constant tension. The wire is led through a gimbal head with transmitters col­lecting data about the directional angle of the wire in two directions and thus determining the relative movements of the ship.

Computers calculate the move­ment from the angle, corrected by the angle of the ship from the ver­tical reference units and the meas­ured wire length or water depth. 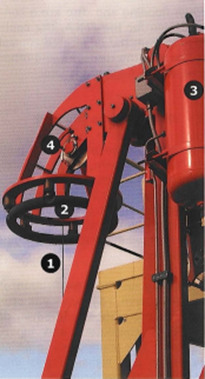 Other position reference systems are ARTEMIS: A radar-based sys­tem measuring distance and head­ing from one or more transmitters located at a fixed location.

A more modern above water sys­tem is FANBEAM, a laser-based system which measures distance and heading from a reflector at a fixed location. Sometimes this system reacts to the reflectors on safety clothing.

Under water, there are SONAR­based systems reacting to tran­sponders positioned on the seabed. A transponder replies to the sound signals transmitted from the ship and again, distance and heading is measured.

For an accurate system all the rela­tive distances between the DGPS aerials, the locations of the taut wires, the LASER directors and the SONAR beams, have to be known and fed into the computer systems. The signal input to the computer has to be corrected for all these permanent off-sets. Also the changes as a result of the movement of the vessel are cor­rected by the computer system.

As an example the system will try to keep the antenna of the DGPS system in a fixed position. Rolling of the ship will move the po­sition of the antenna and if not cor­rected will activate thrusters. The same will happen if the opera­tor changes from DGPS1 to DGPS2 if the system does not know the off-sets of the antennas.

5.  Locations and types of propulsors

These different applications deter­mine the required locations and types of propulsors. The name propulsors is chosen to address the variety of thrusters such as: