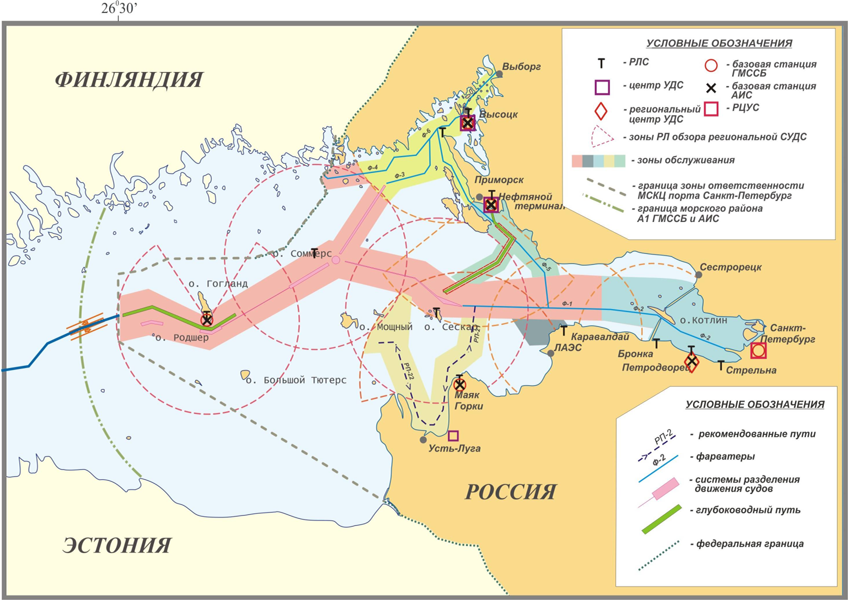 The Automatic Identification System (AIS) is designed to improve the safety of navigation, assisting in the effective navigation of vessels, in environmental matters, and in cooperation with VTS services
Details

The EPIRB Emergency Radio buoy serves to provide a distress signal and, to facilitate search and rescue operations, distressing boats or aircraft, the
emergency beacon transmits a signal informing the search and rescue services about the distress of the ship.
Existing types of emergency beacons:
Vessels cruising outside the A1 area are required to equip the ARB. The EPIRB is installed in the open space in such a way that it can be easily removed and transferred to a rescue device, or it could automatically float when the vessel is submerged. In general terms, the principle of operation of the COSPAS-SARSAT satellite ARB system is as follows: upon activation, the EPIRB starts transmitting a distress signal with its previously recorded information about its ownership (ship, shipowner, home port, etc.); Satellites receive this signal and send it to the rescue coordination center (RCC), which determines the coordinates of the source and organizes a rescue operation.

The information on the coordinates in the INMARSAT-E ARB comes from built-in equipment, such as GPS, or via the interface from the ship's navigational equipment (coordinates obtained with the help of navigational equipment can not be updated after the beacon is afloat). ARB of INMARSAT-E system work only within the coverage area of ​​INMARSAT, usually between 70 degrees north and south latitude.
In addition to the signal transmitted to satellites, most of the EPIRBs provide driving signals at 121.5 MHz, some also use a frequency of 243 MHz, and some can also combine a radar transponder (SART) in their design. Some emergency beacons may also have built-in GPS signal processing. Drive signals can be received directly by surface and aircraft searching.

There are many different ARB designs. They differ both in appearance and in the way the device is activated. But in any case, each ARP provides 2 modes of distress signal - manual and automatic.

Manual start-up of the ARB.
Manual start-up may be required in case the ship does not sink, but needs help: fire, grounding, chemical contamination, etc. The manual on is reduced to a few simple actions, feeding power to the emitter. There are models of ARB, which include only one turning only, and there are models that are included when removing them from the holder. In any case, to manually launch the EPIRB, you must follow the instructions printed on its case.

Automatic activation of EPIRB
In automatic mode, the EPIRB is independently released from the holder when the vessel leaves the water, floats up and begins to transmit a distress signal. For automatic release from the holder, devices are used whose operation is analogous to the operation of hydrostats for life rafts.
To operate the radiator inside the sealed housing is an autonomous power source.
When the status of the EPIRB is on, an indicator lamp lights up on its upper part, which, on the one hand, is an indication of the operation of the device, and on the other hand, facilitates the rescuers visual search of the ARB in the sea.
Example of a satellite emergency beacon

In the example below, the satellite ARB of the COSPAS-SARSAT system is installed on the ship in an inverted state. The ARB holder has two folding supports - upper and lower. The upper support is adapted for manual release of the EPIRB, and the lower one is for automatic release while the vessel is submerged.