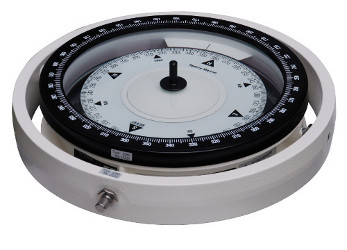 Magnetic compasses Sperry and accessories to them

According to the IMO resolution MSC.1 / Circ.1460 on 24.01.2013g. and in accordance with the Radio Regulations (Part 2, Annex 17-18), it is necessary to make timely analysis and / or replacement of the VHF / DSC and MF / HF radios, based on the requirements of the International Maritime Organization.
New standards in the field of high-frequency narrow-band direct-printing (HF MBDP) declared the International Telecommunication Union (ITU) Appendix 17 to the Radio Regulations (2012). Part B (sections II and III).
'Communication and Radionavigation' The company offers related services:
1. Check the MF / HF radio for efficiency with the new standards.
2. Replacement of MF / HF and VHF / DSC radio in accordance with the requirements of IMO Resolution MSC.1 / Circ.1460.

Amendments to MSC.1/Circ.1460 on Guidance on the validity of radiocommunications equipment installed and used on ships.

This document proposes amendments to MSC.1/Circ.1460 on Guidance on the validity of radiocommunications equipment installed and used on ships, in order to avoid regulating unreasonable requirements.

1. The World Radiocommunication Conference 2012 (WRC-12) made changes to Appendix 17 (Frequencies and channelling arrangements in the high-frequency bands for the maritime mobile service) and Appendix 18 (Table of transmitting frequencies in the VHF maritime mobile band) of the Radio Regulations (RR).

2. At the 8th session of IMO/ITU Experts Group (IMO-ITU EG 8), the United Kingdom provided information on the amendments to RR and distinguished delegates proposed to develop a guidance on the validity of radiocommunications equipment installed and used on ships. The group agreed to develop the guidance, and prepared a draft guidance to refer to the seventeenth session of the Sub Committee on Radiocommunications and Searchand Rescue (COMSAR 17).

3. COMSAR 17 endorsed the draft guidance for approval by MSC 92.

4. The draft guidance may require the replacement of all the existing MF/HF and VHF radiocommunication equipment to new ones. Japan submitted a comment (MSC 92/9/4) to MSC 92, noting that there is no obligation for Administrations to require all the existing equipment on board ships to send and receive all the frequencies contained in Appendices 17 and/or 18, and that each Administration can decide the assignments of frequencies. And Japan proposed the amendment to minimize the requirement by the guidance in MSC 92/9/4. MSC 92 approved the draft guidance with the amendment proposed by Japan and circulated it as MSC.1/Circ.1460.

5.7 It can be concluded that NBDP can be removed as a carriage requirement for distress follow-up communications in Sea Areas A3 and A4. Existing devices can be permitted to remain in use to receive MSI, if a ship is not equipped with other equipment suitable for the purpose.'

In accordance with para. 6 of the aforementioned circular installed equipment on the vessel, capable of operating in the HF band in the telex mode (MF / HF radio), should be updated / upgraded to the first survey of the radio equipment on the ship after the 01/01/2017 in order to meet the frequency distribution , reflected in sections II and III of part B of Annex 17 to the Radio Regulations.
Clause 7 of the circular provides for the replacement / upgrade other equipment of radio communication (VHF radio / radio installation) by the decision of the Administration of the flag.
On the 97th MSC session, held from 21 to 25 November 2016, it was agreed changes to the circular MSC.1 / Circ.1460, namely, changing the date in paragraph 6 to 01/01/2017 to 01/01/2024.
Thus, when the first survey of the radio ship after 01/01/2017 replacing or upgrading previously installed radio communication equipment (MF / HF radio, VHF radio / radio) is not required.

8. According to the provisions of paragraphs 6 and 7 in MSC.1/Circ.1460, it permits the Administration to require the update of HF radiocommunication equipment capable of operating NBDP at the first radio survey after 1 January 2017. These provisions are as follows:

To ensure GMDSS communication capability, HF radiocommunication equipment capable of operating narrow-band direct printing (NBDP) should be updated so that following the first radio survey after 1 January 2017 it meets the channelling arrangements reflected in Sections II and III of Part B in Appendix 17 of the RR.

9. Regarding paragraph 6 of the guidance, it is irrational to require the update of HF radiocommunication equipment capable of operating NBDP, since the removal of requiring NBDP was already agreed, as described in the paragraph 5 in this document.

10. In light of paragraph 7 of the guidance, it has been reported in Japan that only two types of equipment produced after 2010, among all the existing eight products, can fully comply with the revised Radio Regulations without any replacement. In other words, the rest of the six types of products shall be replaced to fully comply with the revised RR. However, it has also been reported that such six products can still receive NBDP communication in all frequencies. And such six products may continue to be used for NBDP communication in almost all the frequencies in accordance with the revised RR even when not fully compatible with the revised RR. Therefore, these six types of the products can be used for communication under current RR, and need not to be replaced. This means that the provision in paragraphs 6 and 7 in MSC.1/Circ.1460 seems impracticable and infeasible.

11. Because this guidance has an influence on the shipping industry from 1 January 2017, it is necessary to conclude this issue at this session of MSC.

12. Taking into account the information provided above, Japan is of the view that paragraphs 6 and 7 in MSC.1/Circ.1460 should be deleted or this circular should be revoked.

13. The Committee is invited to consider the above proposal described in paragraph 12 and take action as appropriate.