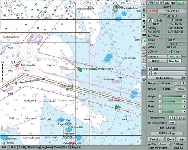 How to better set up Marine Radar to display ideal targets 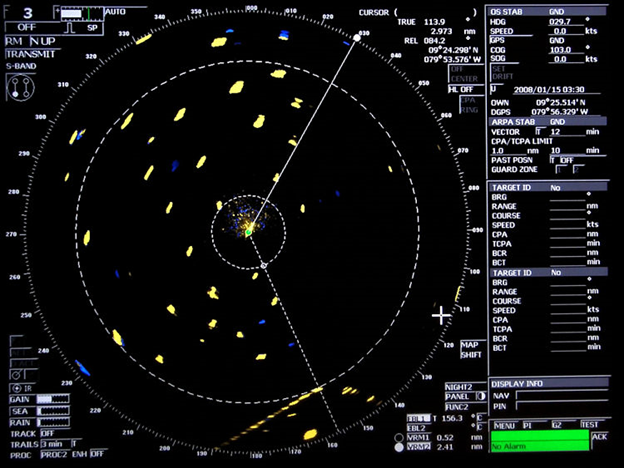 Radars on board are probably the most commonly used equipment during navigation. This is a good tool for observing the environment. We are so dependent on the radar that sometimes we use it more than our eyes to look out. But radar is also the most underutilized equipment on board.

In most cases , only three controls are used to set up the radar: gain, sea, and rain. And when we do not use all the controls to set the image, the image may look cluttered.

What is the best way to use radars to get the perfect picture of all targets?

The radio wave is transmitted and received by the scanner. The time is calculated between transmitting and receiving this wave. The speed of the radio wave is known, and thus the receiving unit calculates the distance to the target. After processing, this information is displayed on the display screen. The rotating scanner also calculates the bearing of the target, which is also displayed on the radar screen.

What is Radar Resolution 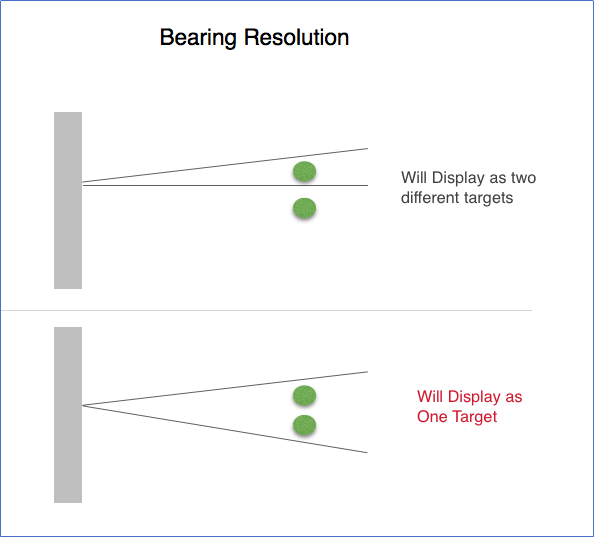 Radar resolution is the ability of a radar to show two targets that are close together, like separate targets on a radar. There are two types of radar resolution: range resolution and azimuth resolution.

A better azimuth resolution means that the radar can draw two close targets on the same bearing as separate ones.

The azimuth resolution depends on the horizontal beam width of the radio wave. 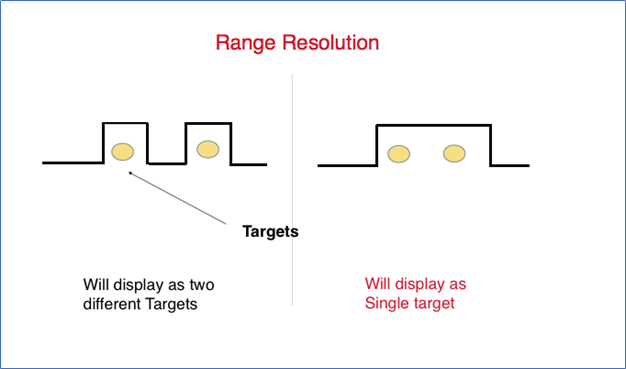 What is the best way to set a radar to perfectly display targets?

These controls are used very often. But still a few words about them.

But to what level do you need to configure these three controls? For example, will the levels of the full “Gain” and half of the “Sea” color the targets with the same clarity as the half “Gain” and the zero level of the “Sea”?

We should only use sea control when we have a moderate to stormy sea or when we think that the interference on the radar is caused by the state of the sea.  Otherwise, we should not use it. In a calm sea, if we see unrest, it is better to reduce the gain than to increase control over the sea. Moreover, we should not try to eliminate long range interference with Sea control. This is because interference from the sea will only be at close range.

The correct way to set these controls is as follows:

What each pulse width does:

It can be concluded that a short impulse colors two close targets as separate targets. The intended targets are also thinner in diameter.


A long impulse can draw two close targets as one. The intended targets also have a larger diameter.

For example, in a heavy traffic area, if we use a radar at a great distance, we can use a short pulse to prevent targets from overlapping.

Similarly, in fishing traffic, we can use a long pulse at a short distance. This will ensure that the goals are applied as more visible.

Amplification, sea and rain, and pulse duration are common settings on all radars. In addition, there are a number of other settings specific to the radar installation. These settings help you get the perfect picture on the radar. Let's see a few of them on the JRC radar.

On JRC radars, it is possible to select processed videos. There are a number of options from Proc 1 to P roc 3 and then to turn off the settings for the processed video.

This function determines the speed of processing and displaying the target on the radar screen. When a shorter range is set on the radar, targets move faster on the screen. Thus, the radar processor has less time to process fast moving targets. This setting adjusts the processor speed to quickly and accurately draw fast-moving targets.

When setting PROC 1, faster moving targets are not skipped on the screen.

As targets move faster on the radar screen in a lower range, PROC 1 is used in a range of 1.5 NM or less.

We must use PROC 3 when the radar is in the range of 3 NM or higher.

To set the level of the processed video, simply click on the PROC tab in the lower left corner of the JRC radar. If installed correctly, this can reduce unwanted interference from the radar to some extent.

This control reduces interference caused by radar signals. This is the internal interference of the radar, and not because of any external factors. This interference is mainly concentrated near the location of the ship on the radar.

IR can be turned on / off by clicking on the IR tab in the lower left corner of the JRC radar.

If, even after all these settings, you think that you are missing some targets, or if the radar is not capable of coloring the target with sufficient sensitivity, you can perform some of the tests to check if everything is OK with your radar.

A radar performance test checks the transmit and receive power of a radar. For example, if the transmit power of the radar is insufficient, it may not draw part of the target at all. Or the radar can only draw targets with very low sensitivity (weak echo).

On the JRC radar, to run a performance test, go to the Test menu. Select PM on. This will change the range of the radar to 24. Increase the gain to full, and you can see the train on the radar. You can also see the menu in the lower right corner of the radar. Measure the maximum loop range on the screen and check the length of the strip. 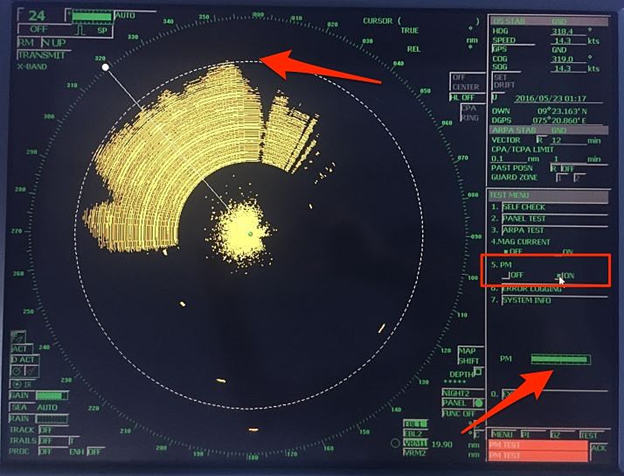 These values ​​must be compared with real reference values ​​when the magnetron was new. You can find these values ​​on a sticker usually pasted on radar equipment.

But it is possible that you either will not find this sticker, or you can find the sticker without any meaning on it. This is especially true when the last magnetron was replaced by shipboard personnel. If you did not find the initial values, take the maximum values ​​for which the power loss is zero on the graph.

We need to compare these values ​​with the initial ones in the graph given in the manual. These graphs (called calibration curves) differ for the power of the receiver and transmitter.

In case of lower receiver sensitivity, we can use Long Pulse and ENH in all ranges to increase the sensitivity until a technician finds a radar.

If the ship’s personnel changes the magnetron on their own, they may not detect changes in the operation of the radar after replacing the radar. This is due to the fact that after changing the magnetron it must be configured. Shipboard personnel must go through the setup procedure from the manufacturer or call a technician.

Even if the result of the monitor's performance test is not very good, it is possible that the magnetron is in working condition. The problem may be related to the monitor unit itself.

On JRC radars, click the Test tab in the lower right corner and turn on the Magnetron Current. Read the current magnetron reading. 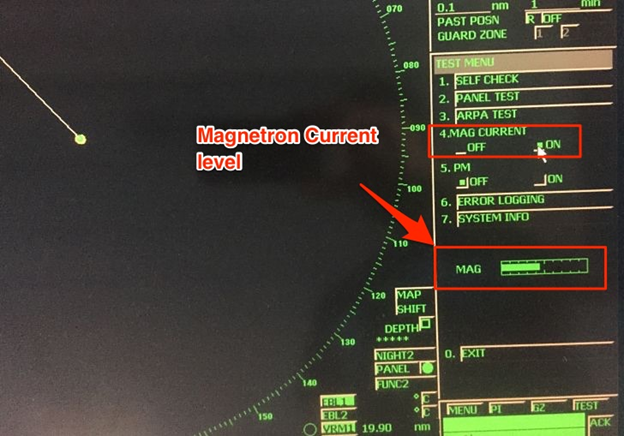 The radar must be tuned in such a way that all targets are applied perfectly, it is just as important as using the radar itself.

Although the tuning procedure can vary significantly with each type of radar, it is important that you know how best to configure the radar. Set up so that you don’t miss a single target on the screen, no matter how small it is.

Settings should be tested to know which ones work when.